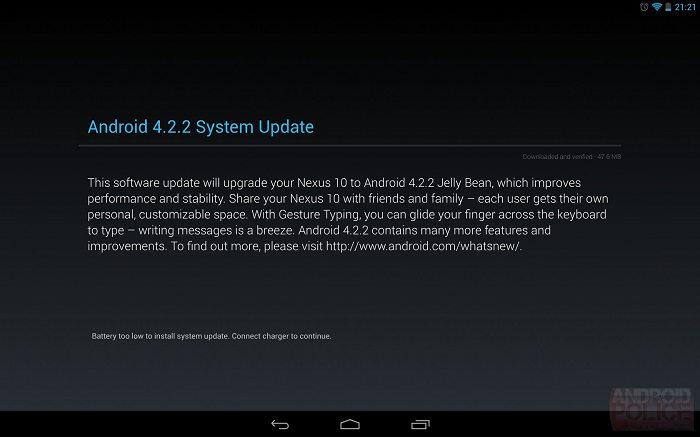 Android 4.2.2 has been slowly rolling out to a number of Nexus device since yesterday. If you’re holding onto a GSM Galaxy Nexus, Nexus 4, Nexus 7, or Nexus 10, then you’re going to want to keep an eye out for the update if you haven’t already received it.

It hasn’t been quite clear what’s new in this version of Android, but it appears to focus more on bugs than features. Hopefully someone will have a full changelog for us soon.

I haven’t been lucky enough to receive it on my Nexus 7 yet, but I’m watching intently for it.

Has the update hit your device?

END_OF_DOCUMENT_TOKEN_TO_BE_REPLACED

It’s no secret that I enjoying gaming. I may not get to do it as much as I used to, but I still enjoy it when I can. That’s why I’m always experimenting with ways to improve my gaming experience on Android. END_OF_DOCUMENT_TOKEN_TO_BE_REPLACED