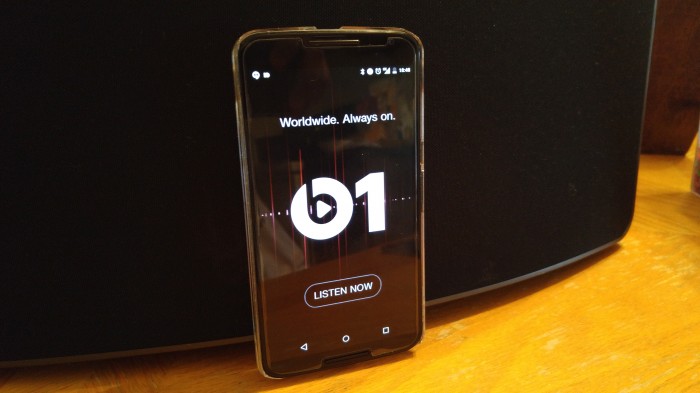 Thanks to Twitter user, Benjamin Rumble (@therumbler) who found some insecure code somewhere on the net, he was able to find a url to a live stream of Beats 1 and embed it into a website that also features tweets for the radio service’s in-house DJs and twitters that tweet talking about Beats 1. You can go to the site now and start listen to the Beats 1 stream from any Android device running 4.1 or above.

Here’s two quick protips as well, you can run the radio in the background as you work on other (possibly more productive) tasks and/or you can set the site as an icon on your homescreen by pinning the link using Chrome – I’m not sure what other browsers support pinning links to the homescreen.

Try out the service today if you just want some general music on in the background or want to appease a group of people with different taste, all without having to wait until the fall or having to have an iOS device. Thanks Benji!

This is the most recent story.

END_OF_DOCUMENT_TOKEN_TO_BE_REPLACED

It’s no secret that I enjoying gaming. I may not get to do it as much as I used to, but I still enjoy it when I can. That’s why I’m always experimenting with ways to improve my gaming experience on Android. END_OF_DOCUMENT_TOKEN_TO_BE_REPLACED