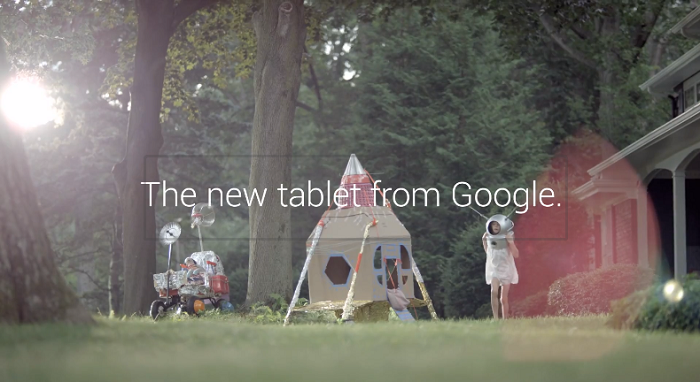 Vanilla Android, top notch features, and an affordable price made the Nexus 7 one of the most successful Android tablets of all time. As we look to the future, it would only make sense for Google to embrace this winning combination and implement it in future models. Well, according to DigiTimes, that’s exactly what Google has planned for the Nexus 7 successor.

According to the Taiwanese outlet, Google is set to announce its second-generation Nexus 7 tablet in May. Like the first, it’s to be made in conjunction with ASUS, feature top notch hardware and software, and remain at the same amazing price point of $199-$249.

The new model is rumored to feature a full HD display, thinner bezel, and the latest version of Android (presumably Android 4.2).

I, for one, am extremely excited about this news as I’ve absolutely loved my Nexus 7 and would be willing to purchase the new model as long as the price remains the same.

It’s not too far fetched to predict such a device as it would be the next logical step in hardware. However, on the software side of things, I am surprised to hear it will run Jelly Bean and not Key Lime Pie. Perhaps Google is saving Key Lime Pie for a special little Nexus smartphone.

I guess we’ll just have to sit tight and wait for more information to come in, but we’re certainly excited about the prospect of another affordable Nexus tablet from both Google and ASUS.

Wirefly Offering the Nexus 4 on Contract for an amazing $149.99 [Deal Alert]

END_OF_DOCUMENT_TOKEN_TO_BE_REPLACED

It’s no secret that I enjoying gaming. I may not get to do it as much as I used to, but I still enjoy it when I can. That’s why I’m always experimenting with ways to improve my gaming experience on Android. END_OF_DOCUMENT_TOKEN_TO_BE_REPLACED