Wirefly Offering the Nexus 4 on Contract for an amazing $149.99 [Deal Alert] | #Android

Wirefly Offering the Nexus 4 on Contract for an amazing $149.99 [Deal Alert] 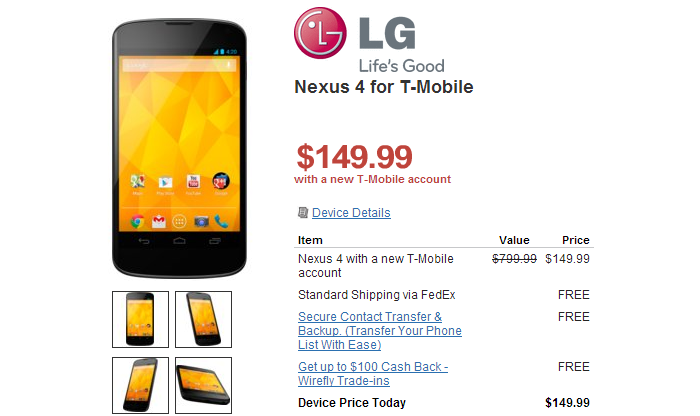 I can tell you one thing, there’s no shortage of Nexus 4 devices today. First we hear rumors of the Play store receiving fresh stock today, then we hear about Best Buy carrying the device, and now, we get word of Wirefly offering what appears to be the lowest on-contract pricing we’ve yet to see.

Right now, anyone looking to sign a new 2-year contract can grab a Nexus 4 for the low price of $149.99 (including upgrades). Now that’s a deal!

There’s no telling how long this deal will last, so act fact before it’s gone.

END_OF_DOCUMENT_TOKEN_TO_BE_REPLACED

It’s no secret that I enjoying gaming. I may not get to do it as much as I used to, but I still enjoy it when I can. That’s why I’m always experimenting with ways to improve my gaming experience on Android. END_OF_DOCUMENT_TOKEN_TO_BE_REPLACED