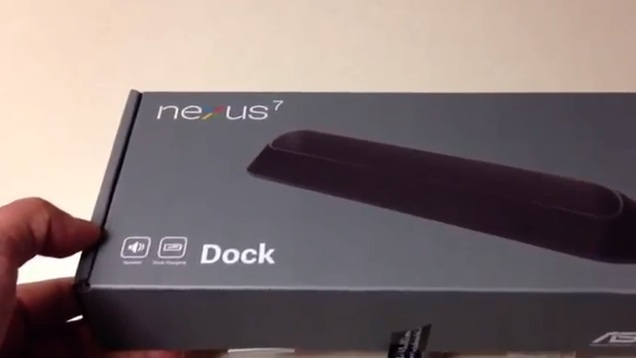 Traditionally, Google and their Nexus products don’t see much in the way of official accessories (and if they do, it’s usually 6+ months down the road). Another prime example of the lackluster accessory support comes at the unavailability of official docks for both the Nexus 7 and Nexus 10. While we can’t speculate on the Nexus 10, we’ve known for a month or so that the Nexus 7 dock is right around the corner.

Confirming a January release, a source spoke with The Verge to inform them that a Nexus 7 dock from ASUS would become available in two weeks. According to the source, and on par with other leaks, the Nexus 7 dock will cost $39.99 here in the US and comes with a micro USB port, 3.5mm audio jack, and pogo pins for charging.

So yeah, you should be seeing an official Nexus 7 dock by the end of the month, and yes, it’s been about 6 months since the Nexus 7 was released (for those counting).

END_OF_DOCUMENT_TOKEN_TO_BE_REPLACED

It’s no secret that I enjoying gaming. I may not get to do it as much as I used to, but I still enjoy it when I can. That’s why I’m always experimenting with ways to improve my gaming experience on Android. END_OF_DOCUMENT_TOKEN_TO_BE_REPLACED