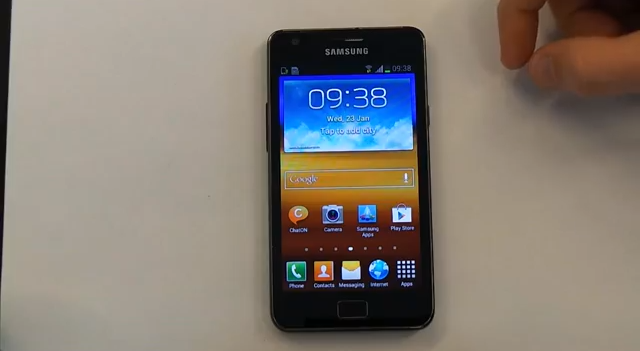 Samsung continues to show us why they remain the top dog in the Android market as they begin rolling out Android 4.1.2 to the International Samsung Galaxy S II. So far, the update has only hit GT-I9100 users in Spain, but is slated to hit other countries soon.

The Samsung Galaxy S II was the best selling Android smartphone of 2011 and while many may have moved on to newer devices by now, it’s nice to know those who did not (or can’t), still get to enjoy a bit of a refresh.

Once the update hits, your Galaxy S II will be updated with all the great Jelly Bean features such as Google Now, Project Butter, and more. Users will also have their Touchwiz updated to the newer Nature UX. This will result in quite a visual change for users, but one that I’m sure will be more than welcomed.

For a first-hand look at what Android 4.1.2 looks like running on a Samsung Galaxy S II, check out the brief video hands-on below.

For more information on when the update will be available for your Galaxy S II, follow the link below.

Still Interested in Picking up a Nexus 4? T-Mobile has Them in Stock Online

END_OF_DOCUMENT_TOKEN_TO_BE_REPLACED

It’s no secret that I enjoying gaming. I may not get to do it as much as I used to, but I still enjoy it when I can. That’s why I’m always experimenting with ways to improve my gaming experience on Android. END_OF_DOCUMENT_TOKEN_TO_BE_REPLACED