Verizon Finally Approves Ice Cream Sandwich for the HTC Thunderbolt, but does anyone Really Care? | #Android

Verizon Finally Approves Ice Cream Sandwich for the HTC Thunderbolt, but does anyone Really Care? 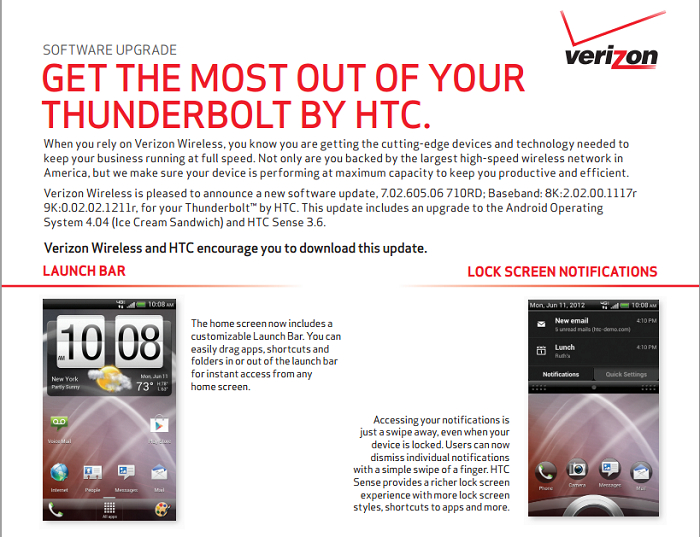 Most Thunderbolt owners have already accepted the fact that they’ve been shafted on so many levels, but now that Verizon has actually gone ahead and released Ice Cream Sandwich for the aging device, will they feel any differently?

I know it’s cool to think the unbelievable has happened here but in all honesty, what has happened is quite disgusting. I’m pretty sure making Ice Cream Sandwich available at this point is more like making Thunderbolt owners the brunt of some twisted joke rather than actually doing good by them.

The majority of Thunderbolt owners I know have either cut their losses and moved on or have sworn off HTC and Verizon altogether.

So I ask, who really cares about this update? Are there Thunderbolt owners out there that are actually excited? Has their faith in HTC or Verizon been restored? I doubt it. I bet most of them are simply hoping their Thunderbolt holds on a couple extra months so they can upgrade (which I’m betting won’t be to another HTC device).

END_OF_DOCUMENT_TOKEN_TO_BE_REPLACED

It’s no secret that I enjoying gaming. I may not get to do it as much as I used to, but I still enjoy it when I can. That’s why I’m always experimenting with ways to improve my gaming experience on Android. END_OF_DOCUMENT_TOKEN_TO_BE_REPLACED