HTC Sheds More Light on the One M9, Including April 10th Release | #Android 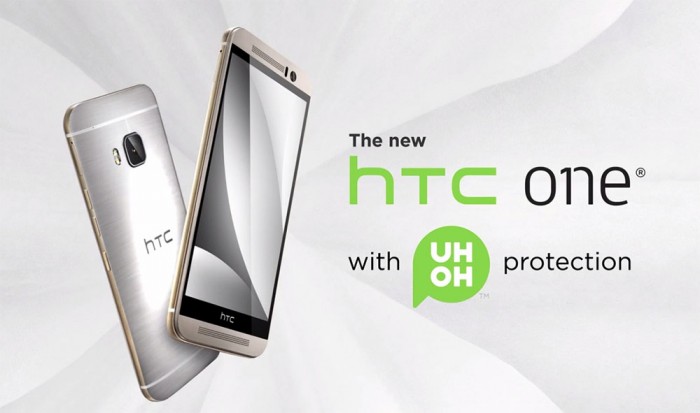 Earlier this morning HTC had a press Q&A event titled the “Uh-Oh” event in which the main focus was to discuss their new “Uh-Oh” warranty program. While HTC had detailed that in full, HTC also went into detail about all the pertinent information regarding the One M9 — such as the official US release date and possible Google Play editions.

So what exactly is “Uh-Oh” protection? It’s HTC’s latest one-time replacement policy in which HTC will give you a one-time replacement of your M9 in the event you should break it, submerge it, or switch carriers. Sweet deal, eh? Just be aware that this replacement deal is only good for the first 12 months, after that, HTC has promised to give you $100 towards your next HTC One device. A pretty clever way of ensuring you stick with HTC.

After shedding the details for their Uh-Oh protection, HTC spilled the beans on the release date for the M9: April 10 — yes, the same day the Galaxy S6 will drop. While all of the big four carriers have stated they will carry the device, there’s no guarantee all of them will be ready to launch on April 10th — Verizon has already stated that they won’t be carrying their variant until Q2.

HTC also announced there will be no Google Play Edition of the M9, which shouldn’t be that much of a surprise since all GPE devices have been removed from the Google Store. Guess you’ll have to root and ROM your device if you’re looking for that straight-from-Google stock experience.

With HTC’s new contingency protection plan in place, does the M9 look to be a better deal or is it simply a desperate cry for help from a company looking to compete with Samsung’s latest flagships? HTC is definitely taking a risk by launching the M9 the same day as the Galaxy S6. Which, if any, will you be choosing?

END_OF_DOCUMENT_TOKEN_TO_BE_REPLACED

It’s no secret that I enjoying gaming. I may not get to do it as much as I used to, but I still enjoy it when I can. That’s why I’m always experimenting with ways to improve my gaming experience on Android. END_OF_DOCUMENT_TOKEN_TO_BE_REPLACED