LG Broadens the G4 Family With G4 Stylus and G4c 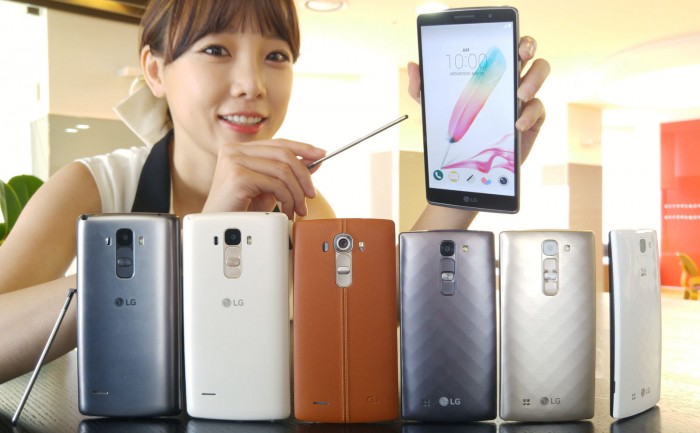 It’s not uncommon for manufacturer to have a main flagship and then create one or more offshoot variants to it with specific use cases or target markets. LG did it last with with the LG G3 and the Vigor, Stylus, and Vista variants and they seem to be continuing the trend this year. Late last night, LG announced the G4 Stylus and the G4c — new variants of the recently announced G4.

The G4 Stylus is the larger of the two variants and as seen within the name, comes with a stylus pen for productivity usage or just a more precise tracker. Although having a Note competitor would be nice, LG didn’t envision that with the G4 Stylus based on the specs. It’s rocking 5.7” HD IPS display, 1GB Ram, 8GB internal storage, and a 3000mAh. There are two variants: a 3G-only and LTE equipped version; The 3G has a 8MP and a 1.4GHz octo-core processor while the LTE has a 13MP and a 1.2GHz quad-core processor — both processors are unnamed.

On the other hand the G4c, and yes we all know what naming style that’s similar too, is the more compact G4 variant in case the 5.5/5.7” displays are too big for you. The G4c has a 5” HD IPS display with again 1GB Ram, 8GB of internal storage, 1.2GHz quad-core processor, 8MP rear and 5MP front cameras, 2540mAh battery, and LTE.

For people that care, yes all variants have removable batteries and external storage abilities, as well as are running Android Lollipop.

Unfortunately though, in the press release, we weren’t given release dates, pricing, or release markets. If you remember last year, some variants were only released for prepaid carriers, so maybe we don’t have to worry about them confusing us for the actual G4. Is anyone interested in the G4 Stylus or G4c?

Deal: Grab the Asus Padfone X Mini for Only $100

END_OF_DOCUMENT_TOKEN_TO_BE_REPLACED

It’s no secret that I enjoying gaming. I may not get to do it as much as I used to, but I still enjoy it when I can. That’s why I’m always experimenting with ways to improve my gaming experience on Android. END_OF_DOCUMENT_TOKEN_TO_BE_REPLACED