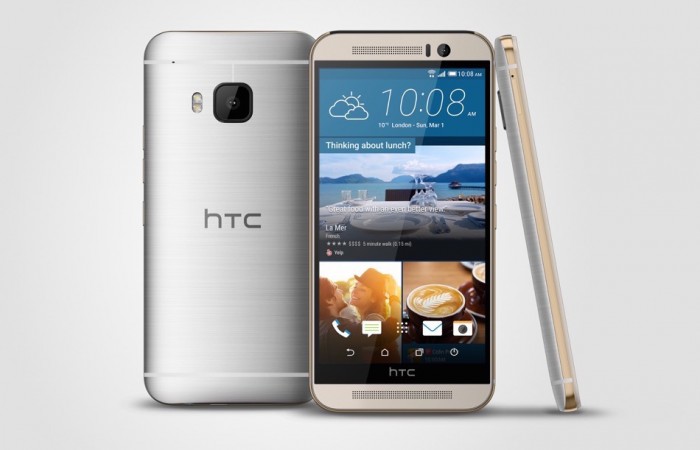 Although the M9 looks almost exactly like the M8, which isn’t all bad, it does have a bevy of upgraded specs:

As you can see in the spec list and the actual physical displays of the phone, there isn’t a whole lot of major differences between the M8 and M9. Three main differences to note are: a much better rear camera, updated version of Android and Sense, and new processor.

HTC didn’t necessarily toss its Ultrapixel camera, but rather move it to the front shooter and made the rear an awesome 20MP camera with a ton of features. Most of those features are in editing pictures after they’ve been taken but the camera has been overhauled nonetheless.

In this updated flagship, HTC has included the latest and greatest from Qualcomm, their new Snapdragon 810 processor. The 810 is an octo-core processor, meaning there are four cores at 2Ghz paired with four cores at 1.5Ghz — only two pairs are used at once as to not blow the phone.

The M9 is also running the latest version of Android currently available coupled with the newest version of Sense: Sense 7. Sense 7 brings with it themes, predictive apps, and a “smart” homescreen.

The HTC One M9 may not blow you away with tons of new features but it did improve in a majority of areas that make a good phone (M8) an even better one (M9). We haven’t yet received a price on the new One but HTC did state that the device will be out in mid-March. Once we get more details we will let everyone know.

What are your thoughts on the M9?

END_OF_DOCUMENT_TOKEN_TO_BE_REPLACED

It’s no secret that I enjoying gaming. I may not get to do it as much as I used to, but I still enjoy it when I can. That’s why I’m always experimenting with ways to improve my gaming experience on Android. END_OF_DOCUMENT_TOKEN_TO_BE_REPLACED