Shall we Play a Game: Super Hexagon | #Android 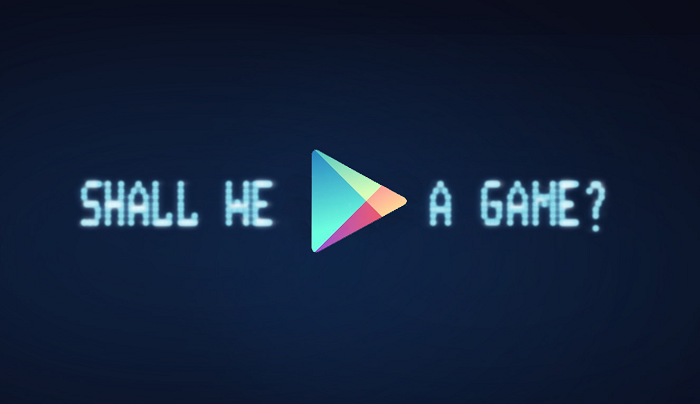 Welcome to Hashtag Android’s first installment of Shall we Play a Game. This is where we’ll showcase some of the great games available on the Google Play store while letting you, the reader, suggest what game(s) we should check out next.

We’re going to try and highlight one game per week (more if we can, less if we can’t) and we plan on trying to stick with paid games since you’re probably more interested in having someone guinea pig a paid game rather than a free game. Since even $0.99 games can eventually take a toll on the ol’ wallet, we’re also going to be giving away free Play credit every week in return for your suggestions.

It’s a win, win! Discover new games, share your own suggestions, and possibly win some free Play credit! What more could you ask for (that’s a rhetorical question by the way)?

Lets kick off the feature with a game that’s been making some noise as of late: Super Hexagon.

Super Hexagon has been creating quite the buzz as of late thanks to its release on Android. While not a new game, it’s a new addition to the Play store and one that deserves a look.

On a serious note, the game is hard! So hard, the only difficulty levels available are Hard, Harder, and Hardest. If you’re like me and seem to naturally gravitate towards any game someone tells you is hard, then Super Hexagon will not disappoint.

In Super Hexagon, the goal is to avoid making contact with incoming walls as you guide a small triangle around a pulsating hexagon. Staying alive for even 20 seconds is a feat in its own right, but trying to accomplish the goal of 60 seconds to unlock the Hyper mode for each level is downright insanity.

I’ve heard the soundtrack to the game is pretty kick-ass, however, I don’t think I’ve stayed alive long enough to hear anything but Game Over.

Super Hexagon is a game I definitely recommend for those of you up for a challenge. It sort of reminds me of the time I conquered yet another difficult minamilistic game entitled The Impossible Game (although Super Hexagon is proving to be a bit more “impossible”).

While the $2.99 price tag of Super Hexagon already seems fair, you can actually pick it up for $0.99 right now. I’m not sure how long the promo price will last, so if you’re interested, hit up the Play link below and grab it while you can still save a few bucks.

That’s does it for our first installment of Shall we Play a Game here on Hashtag Android. Now, it’s time to hear what game(s) we should be checking out next.

We’ll pick one winner from the suggestions and award them with $10 in Google Play credit.

Now for the bad news. Unfortunately, Google says our Play credit can only be redeemed in the country in which it was purchased and therefore is only available to those living in the US. Hopefully Google will change this policy, but until then, it is what it is.

END_OF_DOCUMENT_TOKEN_TO_BE_REPLACED

It’s no secret that I enjoying gaming. I may not get to do it as much as I used to, but I still enjoy it when I can. That’s why I’m always experimenting with ways to improve my gaming experience on Android. END_OF_DOCUMENT_TOKEN_TO_BE_REPLACED