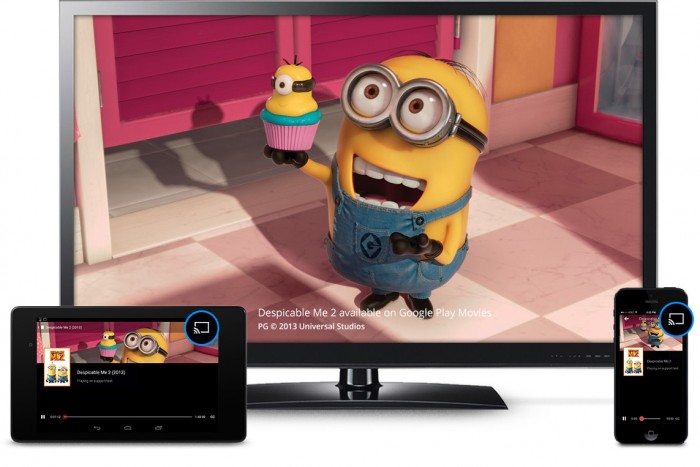 Chromecast has been a great tool for those looking to cut the cord and binge watch on the big screen. Chromecast lets consumers view media on their TV without needing to physically connect their device. Announced in 2013, the $35 dongle has allowed for tons of fun in the living room by constantly adding new partners and support. Now that Google’s Chromecast has been around for a while we’ve started seeing tons of companies update their apps to allow for casting from a mobile device to the TV.

On Google’s Chrome Blog today, Google announced that a couple companies have updated their mobile counterparts to allow for streaming to Chromecast. These apps include CBS All Access, HGTV, FOX Now and FX Now. Google also mentioned two streaming services called Haystack and Pluto TV. Pluto TV is a curated streaming service that combines news, music, shows, and more. Haystack is a personalized news app that lets you keep up with the world based on your interests.

Now before you get too excited, some of the features offered by the above mentioned apps need to be unlocked by signing in with a cable subscription or by paying a monthly fee. Chromecast supports a multitude of apps for your streaming needs. For more information on apps that are Chromecast ready, take a look at Google’s list here. Do you own a Chromecast? If so, what shows are you streaming?

Deal: Grab the Asus Padfone X Mini for Only $100

END_OF_DOCUMENT_TOKEN_TO_BE_REPLACED

It’s no secret that I enjoying gaming. I may not get to do it as much as I used to, but I still enjoy it when I can. That’s why I’m always experimenting with ways to improve my gaming experience on Android. END_OF_DOCUMENT_TOKEN_TO_BE_REPLACED