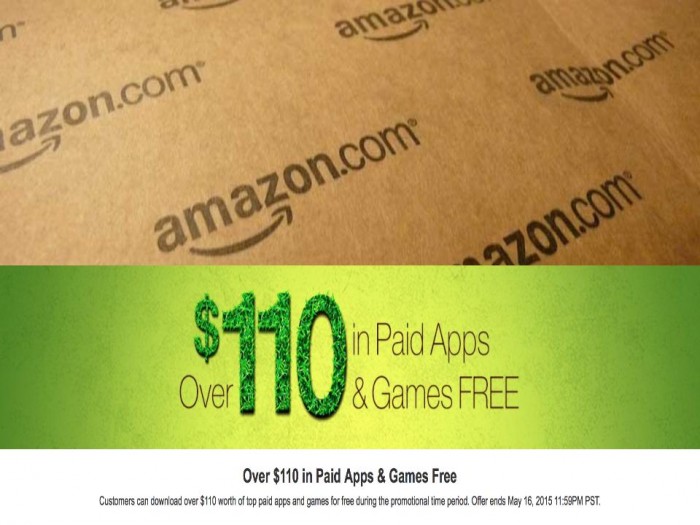 Days and deals like this seem to happen far more often than I would have thought thanks to Amazon’s amazing generosity. A catalog of apps which would normally tally over $110 if purchased individually, are now available through Amazon’s app store for absolutely free! If you have a rather empty phone and also a rather empty wallet, I’d suggest going to check out this daunting deal.

Amazon is giving away 27 apps, with a healthy mix of both apps and games that should keep you well occupied until their next huge sale. Some of the more popular titles in the list include: Five Nights at Freddy’s 3, Telltale’s Game of Thrones, Fleksy Keyboard Pro, and AVG Antivirus Pro.

Remember that you’ll need the Amazon app on your device to fully utilize this deal but once you have that installed, simply follow the link below to grab all the titles available. You may want to hurry as this deal ends May 16 at 11:59PM PST. Which app is your favorite on this list or are you just waiting for FNaF 4?

END_OF_DOCUMENT_TOKEN_TO_BE_REPLACED

It’s no secret that I enjoying gaming. I may not get to do it as much as I used to, but I still enjoy it when I can. That’s why I’m always experimenting with ways to improve my gaming experience on Android. END_OF_DOCUMENT_TOKEN_TO_BE_REPLACED