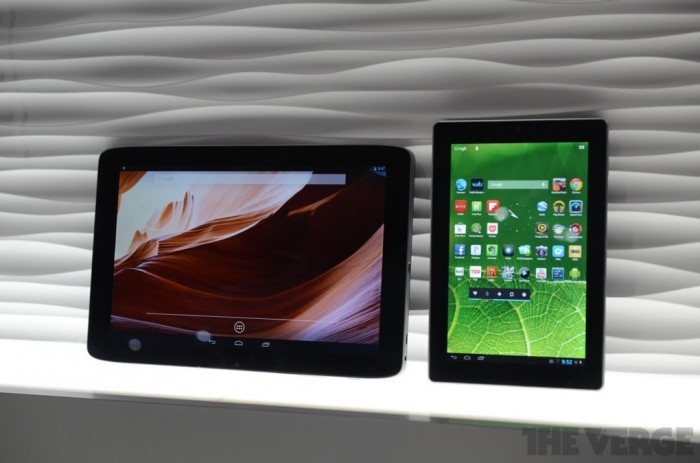 VIZIO announced plans to bring to the market two new Android tablets: one 7-inch Tegra 3 tablet and one 10-inch Tegra 4. The 7-inch Tegra 3 model is similar to the ASUS Nexus 7, with features including a 7-inch 1280×800 IPS display, 16GB storage, 1.2MP front-facing camera, Android 4.2 and Micro USB. While I think it’s a bit late in the game for this particular 7-inch model, VIZIO looks to have a winner on its hands with their 10-inch model.

Knowing VIZIO, these tablets will appeal to the mass market by being both affordable and compatible with other VIZIO products such as TVs and possible the Co-Star (VIZIO’s Google TV set top box).

It’s also important to note, both tablets will be fitted with stock Jelly Bean. I see more manufacturers opting for the “pure” Android experience which has me feeling all warm and fuzzy.

END_OF_DOCUMENT_TOKEN_TO_BE_REPLACED

It’s no secret that I enjoying gaming. I may not get to do it as much as I used to, but I still enjoy it when I can. That’s why I’m always experimenting with ways to improve my gaming experience on Android. END_OF_DOCUMENT_TOKEN_TO_BE_REPLACED