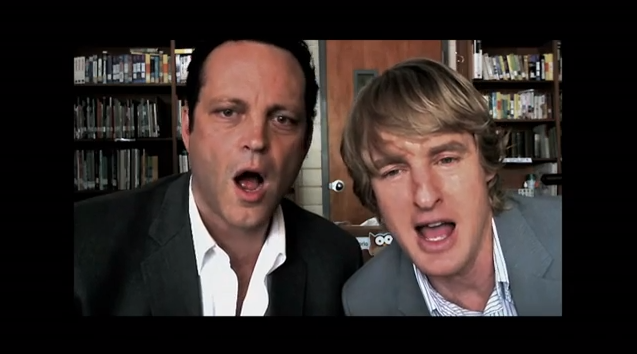 Okay, this really isn’t Android news, but it’s still worth a look. If you haven’t heard, there’s a movie starring Vince Vaughn and Owen Wilson in which the dynamic duo find themselves playing the part of two Google interns. The movie, which is aptly named The Internship, aims to bring us a closer look into life at the Googleplex, and of course, some classic Vaughn/Owen comedy.

With Google being involved, it was only a matter of time before something about the movie ended up on Google+. Well, it turns out they are going to be debuting the trailer to the movie during a live Google+ Hangout today at 2 p.m. EST.

The live hangout will feature both Vince Vaugn and Owen Wilson and will be hosted by the king of interview comedy: Mr. Conan O’Brien!

You certainly won’t want to miss out on what will surely be one fun Google+ Hangout.

Motorola X to be Next Nexus Device?

END_OF_DOCUMENT_TOKEN_TO_BE_REPLACED

It’s no secret that I enjoying gaming. I may not get to do it as much as I used to, but I still enjoy it when I can. That’s why I’m always experimenting with ways to improve my gaming experience on Android. END_OF_DOCUMENT_TOKEN_TO_BE_REPLACED