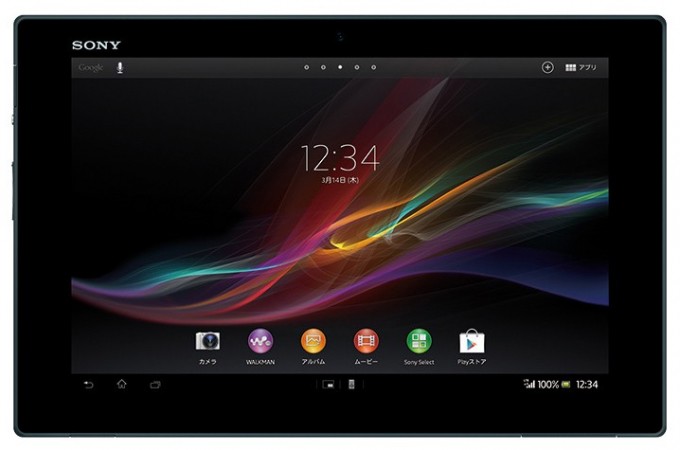 If there’s any OEM to keep your eye on this year, it’s Sony. Sony has big plans for Android this year and you can already see the splash their making with the likes of the Xperia Z, and now, the Xperia Tablet Z. Just recently announced, the Xperia Tablet Z is a 10.1-inch Android tablet worthy of a top spot among the best.

Pricing and availability are still a mystery, however, you can expect the Xperia Tablet Z to show up in the Japanese market first and be available in both black and white versions.

I’m sure we’ll see more of the Xperia Tablet Z at Mobile World Congress and perhaps learn a few more details. I’m anxious to see what Sony does with this beauty of a device. For me, it all comes down to pricing. If they price this right, it will be a surefire hit.

Sony has to be smart and realize they’re up against competitors such as the Nexus 10 — a device featuring a WQXGA display, dual-core ARM Cortex-A15, 16GB/32GB storage, 2GB RAM and Vanilla Android 4.2. If consumers can pick up a Nexus 10 for as low as $399 (16GB), then Sony won’t stand a chance if they decide to come out and price the Xperia Tablet Z at a price anywhere above $499 — the price of the 32GB Nexus 10.

I’m really rooting for Sony, but I’m not thoroughly convinced they’re ready to make the sacrifices needed to compete in the Android tablet market. If these OEM’s haven’t figured out that it’s a “go low, or go home” market by now, then I’m not sure they’ll ever stand a chance.

Come on Sony, make it impossible for me to resist going out and picking up one of these when they become available.

Android 4.0+ Tip: Send a Quick Text Response to a Caller Before Sending Them to Voicemail

END_OF_DOCUMENT_TOKEN_TO_BE_REPLACED

It’s no secret that I enjoying gaming. I may not get to do it as much as I used to, but I still enjoy it when I can. That’s why I’m always experimenting with ways to improve my gaming experience on Android. END_OF_DOCUMENT_TOKEN_TO_BE_REPLACED