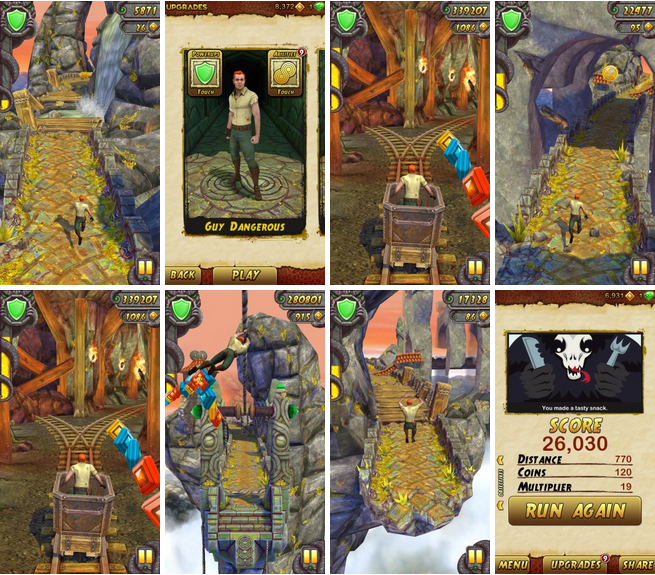 Imangi Studios, the group behind the immensely popular Temple Run, has just recently dropped the sequel to their multi-million download hit into the App Store in New Zealand. Word is, the U.S. App Store will be receiving this next iteration, simply entitle Temple Run 2, sometime tonight. However, what’s not clear is when it will land on the Google Play Store.

The original Temple Run was introduced via the App Store so it wouldn’t be too far of a stretch to see Imangi Studios release the sequel there as well, however, given the tremendous growth and popularity of Android, it would be a shame to see them snub the operating system whose users have downloaded their game close to 100 million times.

Is it possible we’ll be seeing Temple Run 2 hit the Play Store sometime tonight or early tomorrow? Sure it is! At least, I’m hoping so.

As for the game itself, those who have already played it seem to have nothing but good things to say. It appears to take all the good stuff that made the original so popular and adds a few extra elements such as enhanced visuals and graphics, new characters, a more realistic running environment (not just the usual 90-degree turns), cool new zip lines, and an Indiana Jones-like mine cart.

Once again, the game will be free to download and come with plenty of IAP opportunities. Some of you may feel as if this genre has run its course (no pun intended), but I, for one, can’t wait to give the sequel a go.

We’ll keep you updated on the possibility of a Google Play launch as well as post up the link for the game as soon as it hits. Cheers!

[Update] Imangi Studios has confirmed that iOS will be first to receive Temple Run 2. An Android release is slated for sometime next week. Boooooo!

END_OF_DOCUMENT_TOKEN_TO_BE_REPLACED

It’s no secret that I enjoying gaming. I may not get to do it as much as I used to, but I still enjoy it when I can. That’s why I’m always experimenting with ways to improve my gaming experience on Android. END_OF_DOCUMENT_TOKEN_TO_BE_REPLACED