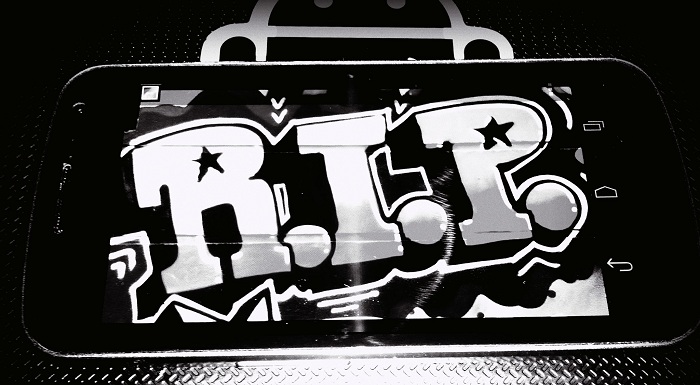 The Verizon Galaxy Nexus has reached end-of-life status, and as we take a moment to reflect on what could have been, I’d like to recap what actually was.

When it was announced that Verizon would be getting a chance at a Nexus device, the Android community (well, those on Verizon) were ecstatic. It was to be everything us Verizon customers have longed for: a pure Android device completely free from Verizon’s bloat and upgrade stronghold. What it was? Everything but.

I guess, in hindsight, we should have known better. However, I think the fantasy of such a device on Verizon blinded us from reality — and as we all know, that reality, is that Verizon is a greedy, bloodsucking, anti-competitive group of asswipes that could care less about giving their customers what they want.

Verizon managed to destroy just about everything the Nexus stood for and basically ruined the prospect of them ever getting another. In a way, I’m kind of glad Verizon screwed things up. It finally caused me to realize the piece of shit company they really are and pushed me to finally decide on dropping them once my contracts expire.

What could have been the most perfect device ended up being delayed, loaded with bloat (while minimal, it was still bloat) and last to be updated (Verizon Galaxy Nexus owners are still waiting for Android 4.2). Honestly, I could almost forgive most of that, the worst part of the whole debacle for me, was the blocking of Google Wallet.

When Verizon decided it would keep me from using Google Wallet on my Galaxy Nexus, I was done. That was the needle that broke the camel’s back for me. I simply can not, and will not, support a company that is going to deliberately keep me from using cutting edge features and services simply because they’re competitive.

Verizon had no legitimate reason to block Google Wallet and only did so out of greed and anti-competitive nature thanks to their investment in an alternate payment service entitled ISIS. Everything about that situation, in my eyes, was illegal and vile. Verizon will never be able to redeem themselves for that and I’m not the only one that feels this way.

Don’t think Google wasn’t paying attention either. Google, in my opinion, is now hellbent on crippling the telecommunications giant. Since the Nexus debacle, Google has shifted all of its efforts away from CDMA carriers and towards GSM.

After the Verizon Galaxy Nexus, Google went ahead and ended full support for CDMA devices, purchased the company responsible for manufacturing and providing Verizon with its majority of top selling smartphones, rolled out its own fiber network, and created a couple Nexus devices (Nexus 4, HSPA+ Nexus 7) that are incompatible with Verizon’s network.

You can chalk all this up to coincidence or argue these moves were all in place well before Verizon screwed up the Galaxy Nexus, but me, I’m convinced all of this is retaliation and I’m betting the barrage will continue until Google can find a way to take a chunk out of the Big Red monster.

I hope I’m right, because if anyone deserves an ass kicking from Google, it’s Verizon.

Anyone on Verizon knows what I’m talking about and most likely shares the same sentiments as me. All I can say, is vote with your Wallet — preferably your Google Wallet.

Rest in peace beloved Verizon Galaxy Nexus. You’ve meant so much to so many, and believe it or not, have started a carrier revolution. You will be missed but not forgotten.

END_OF_DOCUMENT_TOKEN_TO_BE_REPLACED

It’s no secret that I enjoying gaming. I may not get to do it as much as I used to, but I still enjoy it when I can. That’s why I’m always experimenting with ways to improve my gaming experience on Android. END_OF_DOCUMENT_TOKEN_TO_BE_REPLACED