The HTC One is Here, but will it Save HTC? | #Android

The HTC One is Here, but will it Save HTC? 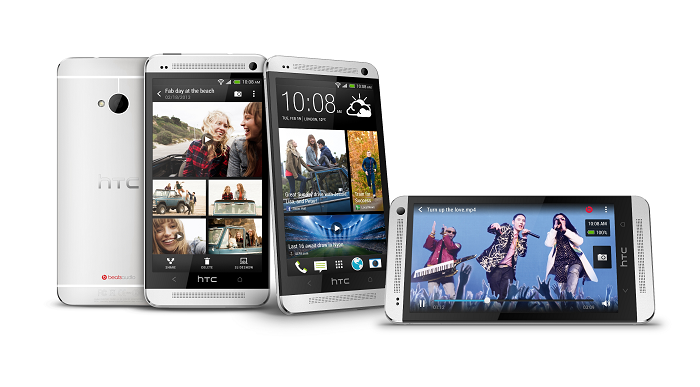 There’s no denying the fact that HTC has fallen from the good graces of the Android community and gone are the days of its once Nexus One royalty status. As sales, profits, and reputation continue to tank, HTC looks for a Hail Mary pass to get them out of the hole they’ve dug themselves into. That Hail Mary pass is the HTC One.

Officially unveiled earlier today, the HTC One hasn’t exactly gotten off to a great start. First off, the decision to name their new flagship device the HTC One was a bad one in my opinion. The “One” moniker has been overused and going backwards when you’re trying to move forwards isn’t really a wise choice.

Secondly, the event, which was to be held in London and NYC simultaneously did’t exactly go over as planned. Despite having a shiny countdown timer on the official HTC website, neither the London nor NYC event coincided with said timer. So what was the point of the timer? I have no idea.

If failing to stick with the timer wasn’t bad enough, the NYC event started well ahead of the London event. This left bloggers in London sitting there listening to elevator music while their U.S. counterparts were smashing away at their keyboards and posting pics, details, and more.

This, my friends, isn’t a good sign and reiterates the notion that HTC doesn’t have their shit together.

Now onto the actual device.

Wow! That’s sure a lot to chew on.

While the hardware looks fantastic, I see HTC hasn’t learned from their failures and continues to go with the non-removable battery and lack of expandable storage. Not a killer for everyone, but an instant “no sale” for a lot of people.

Camera hardware and software in the new HTC One looks promising and I’m happy to see they eliminated the camera hump. It’s going to take a bit of exploration and testing to see just how this new “Ultrapixel” camera stacks up against the competition, but it’s a change I’ll have to do more testing on in order to form an opinion.

The dual speaker layout on the front of the device is a hardware addition that makes sense and is welcomed as well as the IR blaster.

Overall, the design of the phone leaves much to be desired in my opinion (been there done that HTC) and the new two-button layout is enough to make you throw the phone out the window..

It’s quite apparent that HTC doe NOT listen to consumers. Instead of toning down Sense in favor of an experience closer to stock Android, they’ve gone ahead and convoluted Android even more by adding additional software BS.

If you thought the software experience on HTC was bad before, you’re in for a whole new suite of crap.

Sense remains strong and has even taken on a few friends such as “Blink Feed,” and a new app drawer layout. Couple this with the new button layout and you’ll soon find yourself as far away from Android as a skin could possibly take you. Exactly what I was looking for in an Android phone /s.

In my opinion, HTC’s software is enough reason for me to not purchase the One. You may feel differently and that’s okay, it’s simply my opinion and preference.

So, is this the device that will bring HTC out of the ashes and back into the spotlight of Android users the world over? Nope! Actally, a resounding No from me.

The HTC One will change nothing for HTC and proves to me they are no longer in touch with their userbase and will continue their fall from grace while other OEMs devour their shares.

Sorry HTC, but at this point, it looks like your only chance at making a comeback is another Nexus device.

END_OF_DOCUMENT_TOKEN_TO_BE_REPLACED

It’s no secret that I enjoying gaming. I may not get to do it as much as I used to, but I still enjoy it when I can. That’s why I’m always experimenting with ways to improve my gaming experience on Android. END_OF_DOCUMENT_TOKEN_TO_BE_REPLACED