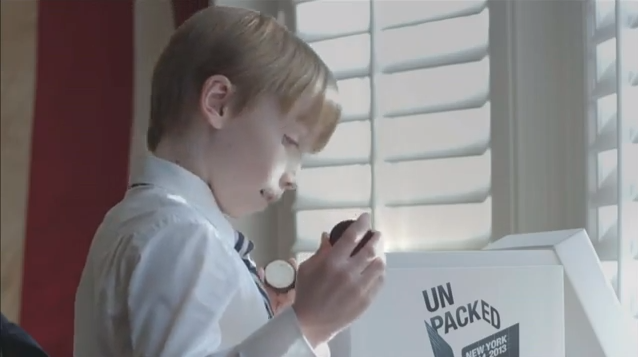 The story of Jeremy Maxwell and his Samsung UNPACKED box continues as Samsung has released part two of their UNPACKED 2013 teaser videos.

The story is far from over and already I’m sick of Jeremy and his senseless drivel. This Oreo fed Ricky Stratton is full of nondescript adjectives that do nothing to excite me about Samsung’s next Galaxy device. At this point, I’d prefer an over abundance of lens flare to this Richie Rich story.

We’re only three days away from Samsung’s NYC event and we fully expect to see the Galaxy S IV revealed. What exactly the S IV will feature is up in the air as we’ve seen conflicting reports in regards to design and features. Either way, I’m fully expecting Jeremy to be the one unveiling it in NYC and I’m fully prepared to start throwing Oreo cookies at him should the S IV fail to “blow me away.”

Anyways, here’s part two in its entirety for all of you who can’t sleep at night without knowing what happens next.

END_OF_DOCUMENT_TOKEN_TO_BE_REPLACED

It’s no secret that I enjoying gaming. I may not get to do it as much as I used to, but I still enjoy it when I can. That’s why I’m always experimenting with ways to improve my gaming experience on Android. END_OF_DOCUMENT_TOKEN_TO_BE_REPLACED