If for some reason you aren’t already convinced of the moniker Key Lime Pie for the next iteration of Android, we’ve got a bit more evidence for you to ponder over. A leaked Qualcomm roadmap obtained by Android Police all but confirms Key Lime Pie and suggests a Q2 2013 release.

Of course, the Q2 release fits in perfectly with the timing of Google I/O, and frankly, we wouldn’t expect it to be unveiled at any other time or place.

I know what you’re thinking, “tell us something we don’t know.” Well, how about a sneak peek at a possible future Key Lime Pie reference device? Hey, it’s better than nothing. 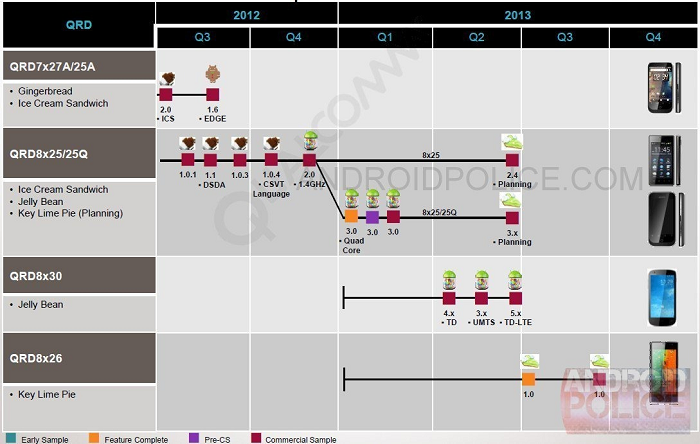 I’m more convinced now that Google will unveil a handset and not a tablet as the first device to run Key Lime Pie. If we’re lucky, they’ll announce multiple Key Lime Pie Nexus devices, but I’m leaning towards a handset only.

Now, can we all agree (as if we didn’t already) that Key Lime Pie will in fact be the name of the next iteration of Android?

Android 4.2.1 now Pushing out to the Sprint Samsung Galaxy Nexus

END_OF_DOCUMENT_TOKEN_TO_BE_REPLACED

It’s no secret that I enjoying gaming. I may not get to do it as much as I used to, but I still enjoy it when I can. That’s why I’m always experimenting with ways to improve my gaming experience on Android. END_OF_DOCUMENT_TOKEN_TO_BE_REPLACED