Samsung to Unveil the Galaxy S IV on March 15 [Rumor] 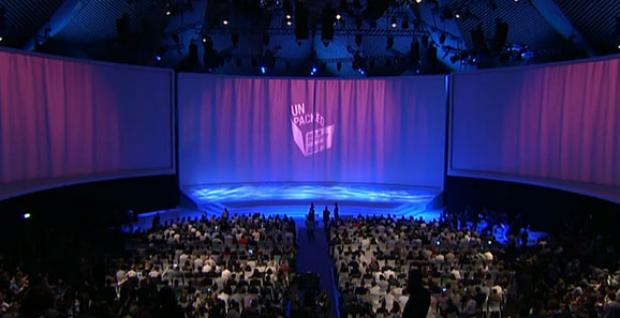 We already know that Samsung plans on unveiling the Galaxy S IV during a Samsung Unpacked event, only we have no idea when or where that will be. However, according to the latest rumor, we may now have an idea of when.

According to a “trusted insider” who spoke with SamMobile, Samsung is planning on holding their Unpacked event on March 15. While still no word of location, they do plan on unveiling the Galaxy S IV to the world.

As for availability, SamMobile’s source expects Europe and Asia to receive the Galaxy S IV before the end of April while America, Australia and Africa will have to wait until around May/June.

I’m sure we’ll see a ton of rumors and fake photos hit the web from now until then, but if March 15 is indeed the date, it won’t be long before we have official specs. Until then, here are the rumored specs of the Samsung Galaxy S IV:

#Android’s Daily Wallpaper: The Bright Side of the Moon

LG Hoping to Drum up Excitement for MWC With Unexciting Teaser

END_OF_DOCUMENT_TOKEN_TO_BE_REPLACED

It’s no secret that I enjoying gaming. I may not get to do it as much as I used to, but I still enjoy it when I can. That’s why I’m always experimenting with ways to improve my gaming experience on Android. END_OF_DOCUMENT_TOKEN_TO_BE_REPLACED