HTC Reveals Carrier Pricing for the One M9 | #Android

HTC Reveals Carrier Pricing for the One M9 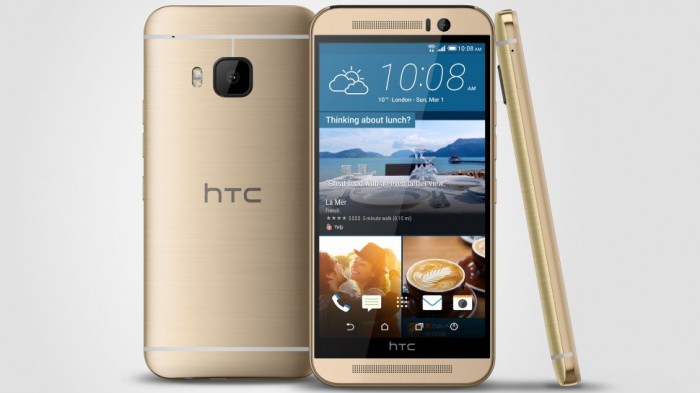 Just like we saw earlier with the Galaxy S6, the pricing models have been released for the HTC One M9 — surprisingly the same day as the S6 pricing was announced,  ಠ_ಠ . HTC also included the price for an unlocked model from their website (happy dance).

The pricing models are detailed below and as usual, Sprint seems to be the last to the game, so we’ll update this post with any extra information we get.

Availability:  Pre-orders start April 1st and the phone will be in stores on April 10th.

Colors:  Verizon will have Gold on Silver and Metal Gray with 32GB of storage.

Availability: Pre-orders start March 27th at 12:01 a.m. (ET) and the phone will be available in stores April 10th.

Colors:  AT&T will have Gold on Silver and Gunmetal Gray with 32GB of storage.

Availability: Pre-orders start March 27th at 6:00 a.m. (PDT) and the phone will be available in stores April 10th. T-Mobile claims that if you pre-order, you will receive you phone “weeks before it’s available for everyone else.” So if you choose to pre-order the One M9, you should have it before April 10th.

Colors:  T-Mobile will have Gold on Silver with 32GB of storage.

Colors:  Sprint will have Gold on Silver and Gunmetal Gray with 32GB of storage.

Availability:  HTC will sell an unlocked model that will be sold directly from HTC’s online store for $649 starting at 12:01 a.m. (ET) March 27th. In the past, their unlocked phones have worked best on AT&T.

Of course other retailers (Bestbuy, Target, Sam’s Club, and some prepaid carriers, etc.) will be carrying the HTC One M9, but we’ll be focusing on the Big 4 unless we hear of some awesome deals.

Carrier Pricing Released for the Galaxy S6 and S6 Edge

END_OF_DOCUMENT_TOKEN_TO_BE_REPLACED

It’s no secret that I enjoying gaming. I may not get to do it as much as I used to, but I still enjoy it when I can. That’s why I’m always experimenting with ways to improve my gaming experience on Android. END_OF_DOCUMENT_TOKEN_TO_BE_REPLACED